Today we left Las Cruces, New Mexico at 8:20 am(MT) continuing a south east direction.  Rather than driving on I-10 through El Paso, Texas we took a route around the city that many other RVers use.  Tom had the directions written out and I read each step as we skirted around the city.  We finally reconnected with I-10, continuing on that route until we picked up  I-20.  Our travels had an occasional town but was mostly just open land.  It is greener and oil wells began to appear. 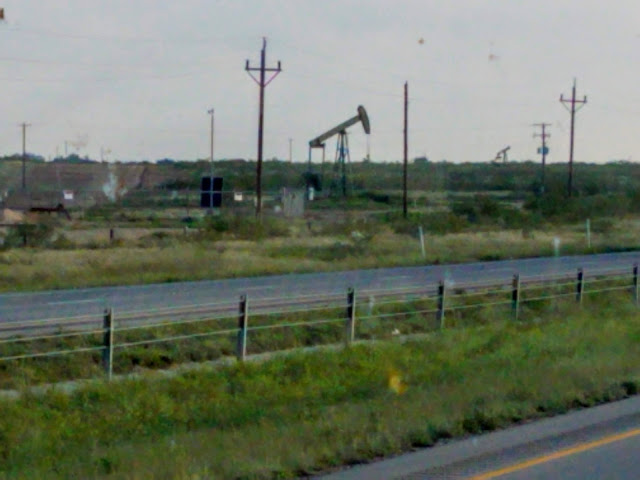 A little past 3:30 pm (CT) we arrived in Midland, Tx, 345 miles today.   We had lost an hour yesterday and then another hour was lost today as we crossed from Mountain time to Central time as we entered into Texas.  After getting a site at Odessa Oil Patch RV Park I quickly prepared a meal as we had not eaten since breakfast.  We seem to be right in the heart of oil country, many oil wells in the area, refineries and this campground looks to have many work campers here. 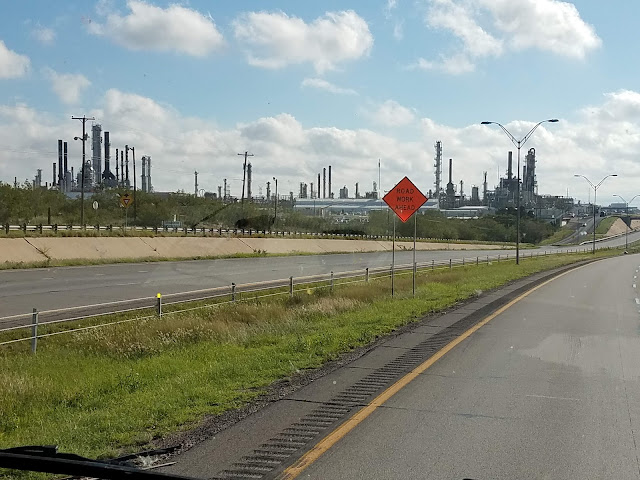 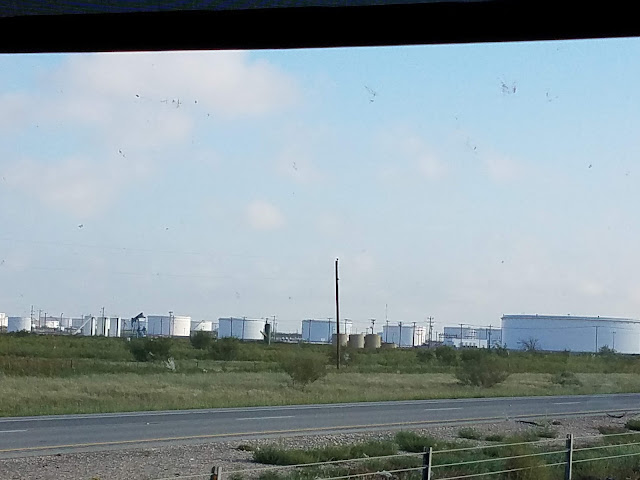 The weather is cooler with the high at 90 degrees and breezy.  Storms are expected tomorrow but we hope to be eastward before they hit.
Posted by Leah at 11:20 PM