Wednesday, July 4th, Independence Day, for the four of us started with breakfast and then swimming at the campground pool. The campground had a complimentary lunch of barbecue pork chops, mac and cheese, Cole slaw, baked beans, and fruit from 12 noon until 2 pm.  We got there about 1 pm to find out there was only 2 pork chops left and 2 hamburgers so that is what we had along with the sides.  Gabi and I had the pork chops while Parker and Tom ate hamburgers.  Returning to the motorhome, it was no too long until there was quite a thunder and lightning storm, a few strikes sounded very close to us.  We had talked about going to Tarpon Springs to see fireworks at the Fred Howard Park but decided to just settle for some Culver's ice cream.  After the ice cream and returning to the campground we took a walk around the grounds and then went to a deck that was on the bayou where we were able to see distant fireworks at several locations- much better than being in traffic.

Thursday (5th) we packed up and departed the campground near 9 am to head home.  We drove the motorhome directly to our house and unloaded everything.  Then we went to the storage lot to park the motorhome, a total of 98 miles today.   Before returning to the house, we stopped for lunch at the Mexican Grille in The Villages.
Posted by Leah at 5:52 PM

Monday, June 25th, Tom and I left Gettysburg a little before 9am and began our travels south.  About 11:30am we were in the Stafford, Virginia area where we met up with Todd and Beth to pick up our 2 youngest grandkids, Parker and Gabi, to take along to Florida.  Traveling a little further down I 95 we made our stop for the night in Emporia, Virginia at exit 17 to stay at Jellystone Park Camp Resort, a total of 245 miles for this day  We had planned this stop after stopping here on our way north.  This campground is located on Rte. 301 which we planned to continue on until we got around a bridge repair in North Carolina on I 95 that had tied up traffic when we had come north.  It was a good stop as there was a pool which Parker and Gabi enjoyed as well as playgrounds and a big bouncing pad. 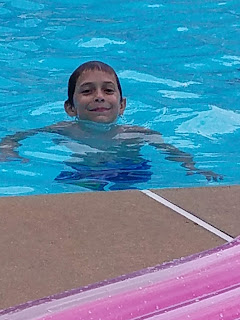 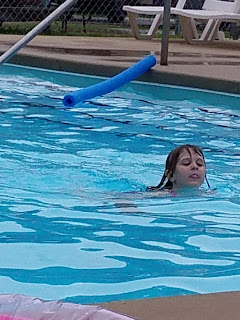 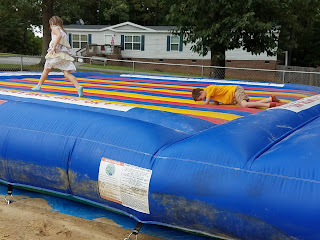 Tuesday (26th) we continued on south leaving before 9am. The 301 route was much better traveling on around the bridge repair or rebuild in North Carolina than I 95 had been coming north. We traveled through North Carolina to Florence, South Carolina where we stayed at Swamp Fox Campground arriving about 1:50pm and 249 miles.  On this trip we had Parker and Gabi on opposing couches (don’t know why we didn’t do this before) which resulted in less fighting over space and a much more peaceful ride.  Swamp Fox has only a small playground for kids but between that and being able to walk around the grounds the kids were entertained. 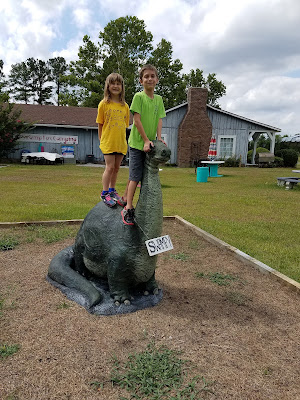 Wednesday (27th) we traveled another 288 miles to Jacksonville, Florida where we stayed at Pecan Park RV Park and there was a pool.  We arrived at this park about 1:45pm.  We had made reservation in advance at Bay Bayou Park in Tampa for 6 nights beginning the 29th but seeing that we could make the trip easily in 4 days rather than 5 Tom had called to see about getting there a day earlier which was no problem.
Thursday (28th) we were under way by 8:40 am traveling another 224 miles to Tampa, Florida and Bay Bayou RV Resort.  After getting set up we went to a Mexican restaurant, Zapatas Mexican Grille, for lunch.   Later in the afternoon,  we enjoyed time in the campground pool.
Friday (29th) we spent the day at Busch Gardens.  The kids rode many rides designed for the  younger kids and Tom and I watched.  It did rain in the early part of the day causing us to wait in a sheltered area until the rain stopped.  Cloud cover for most of the day kept the temperature fairly comfortable.  Our admission to the park was free as Tom being a veteran was able to get free passes for himself and 3 others.  It was a good day. 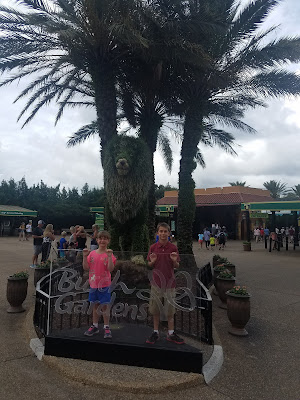 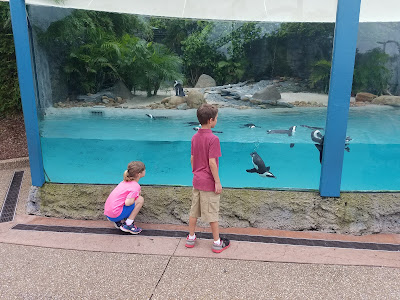 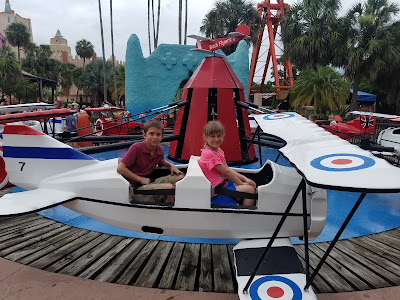 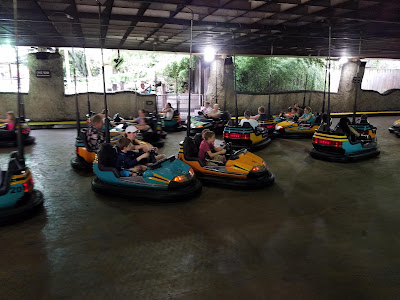 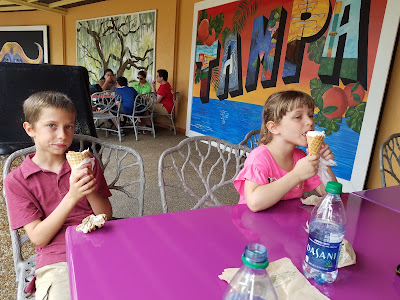 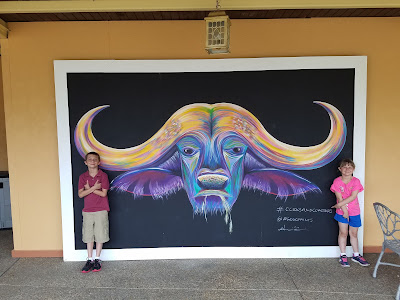 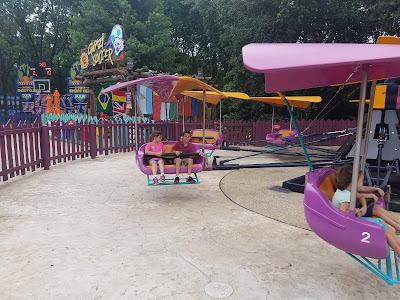 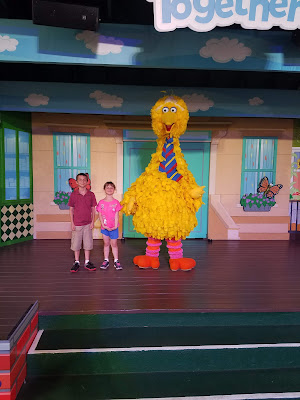 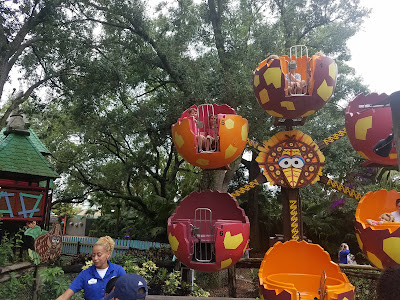 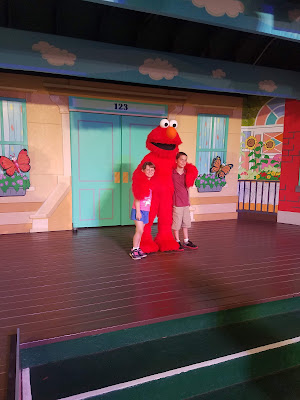 Saturday (June 30th) we went grocery shopping and enjoyed time in the pool.  Tom also was involved in trying to correct a drain leak from our kitchen sink but unfortunately was unsuccessful.
Sunday (July 1) we spent the day at Ben T. Davis Beach on Tampa Bay, enjoying swimming and the beach.  We had lunch at Culver’s restaurant that the kids thought was great because of the ice cream.
Monday (2nd) we started out going to Ybor City in Tampa and found that to be nothing of interest to us, perhaps this area is more alive in the evening but it was dead in this morning.  So then we went to Tarpon Springs. 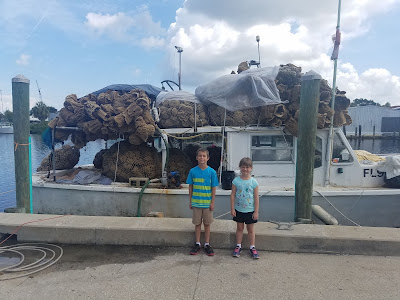 We had lunch at Hellas Restaurant, a Greek restaurant, before taking a boat ride to Anclote Key Preserve State Park. 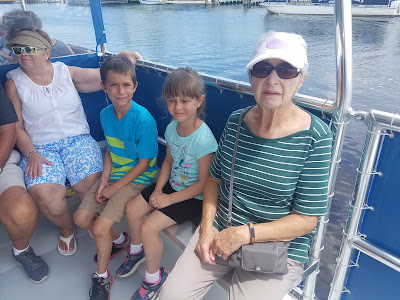 We walked along the beach as the kids collected seashells. 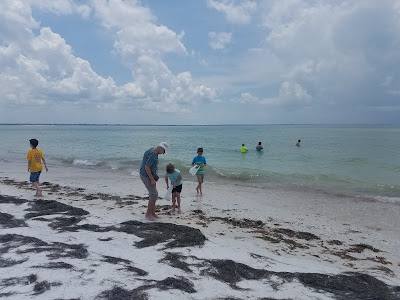 On our return from the Preserve the boat encountered several dolphins which were fun to watch.
Tuesday (3rd) again we were in the Tarpon Springs area as we went to the Fred Howard County Park located on the Gulf.  This was another beach that we all had a great time in the water for several hours until about 1 pm. 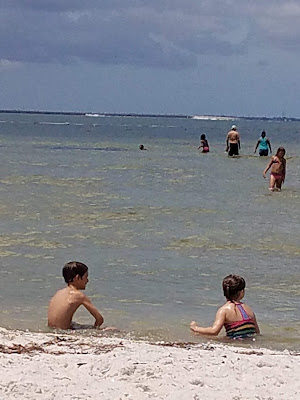